Guest safety is our highest priority at GNPG. We are committed to ongoing training and certifications. We host a variety of Avalanche training courses onsite throughout the year.

Owner of Great Northern Powder Guides, as well as operator, guide, cook, and janitor. Started skiing at the age of 3 in Steamboat Springs Colorado. Ski raced, ski jumped, and Speed Skied in the U.S. and in Europe. 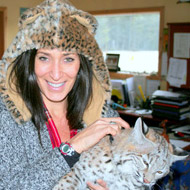 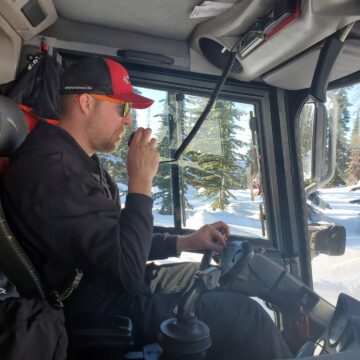 Pisten Bully operator extraordinaire as well as mechanic, and fabricator. Tarn brings years of running and maintaining heavy equipment to our team as well as snow road building. He is safe, brave, and competent in the backcountry. Tarn has grown up skiing and snowmobiling in the very terrain we can now share with the public . 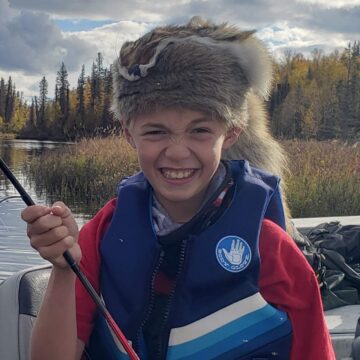 Brandtyn, Tarn and Kasey’s youngest child – Jay and Ky’s Grandson, is the youngest member of the GNPG team! He is interning / training for not only HR duties, but also has a passion  and goals to be a guide. You will see his big smile most days in the co-pilot seat of one of the cats, or helping out around the office. Feel free to give this little man a big high five, fist bump, or wave when you’re headed out to the hill! 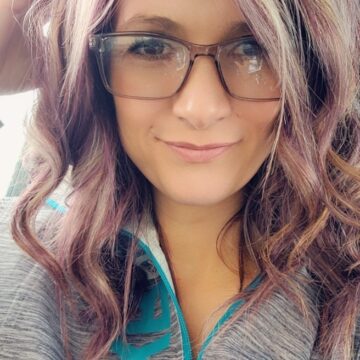 Kasey, Tarn’s wife and our office manager, was born and raised in Olney, Montana. She is a mama of four; two boys and two girls. Kasey loves the outdoors – from fishing, hunting, boating, dirt bike riding, camping, horseback riding, to cross – country skiing. She assists with all aspects of guest services and keeps our office running like a well oiled machine! 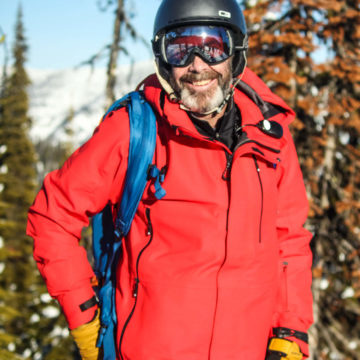 Ken started skiing in Lake Tahoe at the age of four and spent his early years ski bumming there as a lift-op at Squaw Valley. Ken started Ski Patrolling and continued his way in the ski industry in Tahoe. Ken guided for Pacific Crest Snowcats for ten years, he also worked Heli-guiding in Valdez at Alaska Backcountry Adventures. 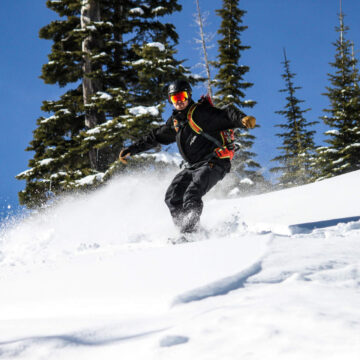 T.J. has been with Great Northern Powder Guides from the beginning. From fabricating the cat cabins and building yurts to finding the best runs for our clients… he is always passionate about all aspects of the business. In his off time he travels the world competing and performing flyboard shows. He is an auto and marine mechanic by trade so if you need that boat to float or those brakes to stop…hes your man. But in winter you need that steep and deep to put a smile on your face…he’s your guide! 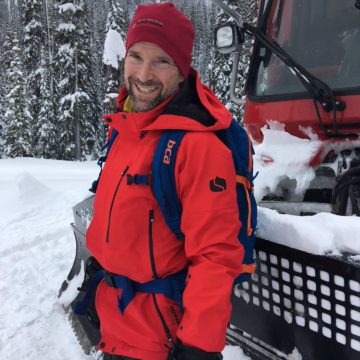 Clinical Laboratory Scientist (lab tech) for Kalispell Regional HealthCare since 1996.  Enjoys snowboarding, Telemark skiing, rafting, rock climbing, winter touring, mountain biking, riding my dual-sport motorcycle, and climbing peaks in Glacier. I’ve travelled a bit of the world (Thailand, Costa Rica, Chile, Argentina and India, I love long walks in the snow and fine dining (PBJ’s in-between laps on tours in Canada). I am very excited to be the first splitboard guide with GNPG and look forward to a fantastic season! 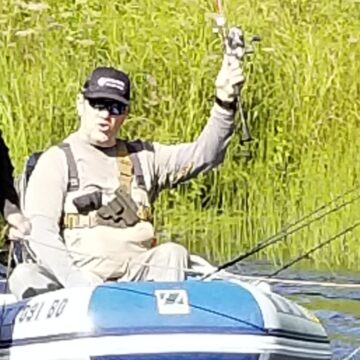 John hails from West Monroe Lousiana and has dreamed of living in Montana since he was a young man when he traveled to the Big Sky state for work.  He has been operating heavy equipment, farm machinery or in his words, “anything with a motor” for 55 years.  In addition to operating equipment, he is a jack of all trades when it comes to mechanical work, fabrication, etc.  Upon retiring, John and his wife bought a cabin in Rexford, Mt, and he is finally living his Montana dream as an operator for GNPG! 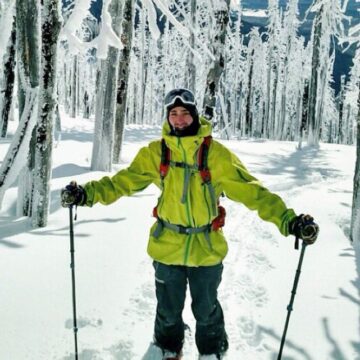 Cole is among the few born and bred in Whitefish. He grew up competing in local Slopestyle and Boardercross contests that later sprouted into traveling for USASA competitions all over the northwest. Cole has 14 years of backcountry snowboarding experience to bring to the table and countless powder stashes. This will be his 3rd season at GNPG. During summer months Cole spends his time working as a professional rock climbing guide just outside of Whitefish. 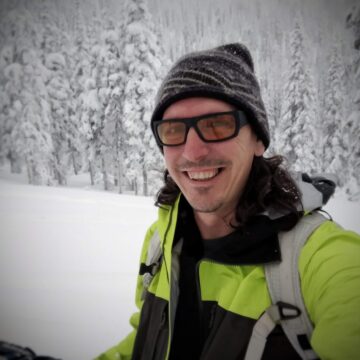 Abandoning an urban based career in medical research, Grant, his wife and two young daughters moved to search for the ultimate thrills in Montana. Interests and activities off the snow include rally car driver, rock climbing, canoeing, golfing, biathlon, hiking and bowling. After a cat ski trip with Great Northern Powder Guides a few years back, he knew he had to become a guide to help others experience the greatest ski day imaginable. 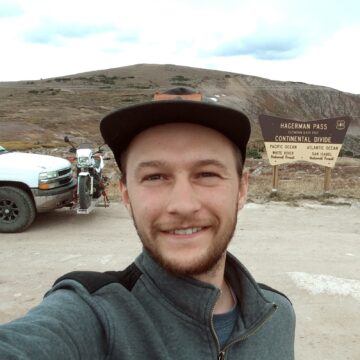 Kyle comes to us from the mountains of Northern Utah. From the first time he saw a snowcat at the age of 8, he knew he wanted to operate one. Kyle brings snowcat experience from both resort and backcountry skiing. In the summers you’ll find him working as a Life Coach and adventuring in the backcountry. 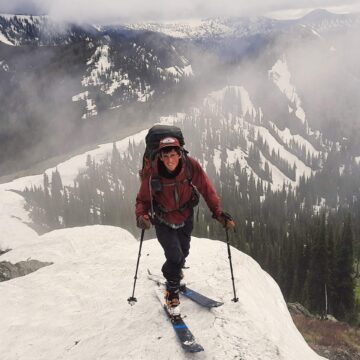 Jackson is entering his rookie season with the GNPG team, but he has been a proud resident of the Flathead since 2014. Originally from the Southern Rockies, he earned his chops skiing in the rugged San Juan Mountains while pursuing a Geology degree in Durango, Colorado.  He brings with him a Professional Level 1 from Silverton Avalanche School, Wilderness First Responder training, Outdoor Emergency Care from National Ski Patrol, and an unyielding appreciation for cold, deep, powder snow. 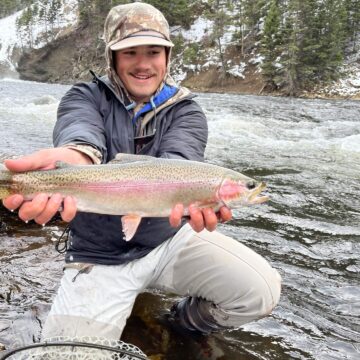 Ryan grew up in Washington snowboarding different mountains throughout the state. He moved to Kalispell a few years ago and has grown to love everything the state has to offer. In the summers he is a fly fishing guide and loves catching monster brown trout! This is his first season with GNPG! 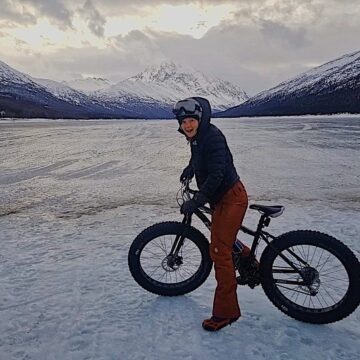 Katie started skiing at Nubs Nob, Michigan as soon as she could walk. She raced in highschool and for the University of Montana in Missoula and has 7 years of experience living, adventuring, and backcountry skiing in rural Alaska. She puts safety on the mountain first, but fun is a close second! 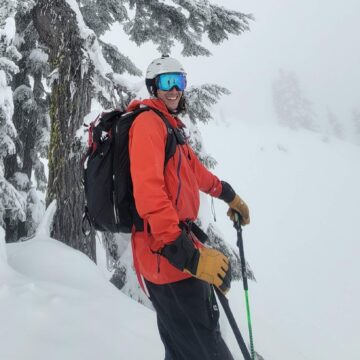 Kenny has his Avalanche Pro-1 & W-EMT, ski patrolled and guided for over half a decade, and is working his way through AMGA Ski Guide path. His favorite part of guiding is sharing the beauty and joy that the mountains have to offer with others! 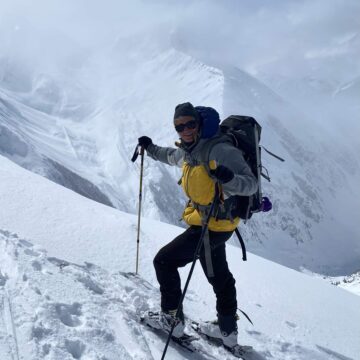 Calvin grew up in the mountainous state of Ohio. He was lucky enough to call Switzerland home for a few years when he was younger, and that’s where he learned how to ski and appreciate/respect the mountains. Calvin has been in Montana for a few years now and has enjoyed getting to ski the local ranges as well as the Canadian Rockies. In the last five summers he has traveled around the country guiding Whitewater trips. 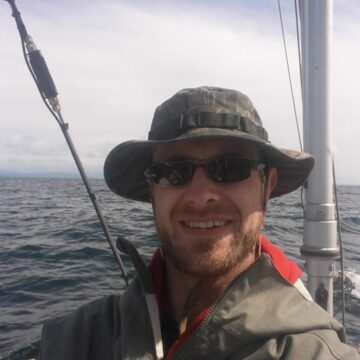 From his first memories of bathing in a bucket while onboard a sailboat in the Mediterranean to skiing the remarkables in New Zealand when he was 6, travel and adventure have always been paramount to KJ. Exploring the world has brought him to this wonderful area. KJ’s love for the nature and the great outdoors combined with his drive to explore has brought him to be a part of the Great Northern Powder Guides team. 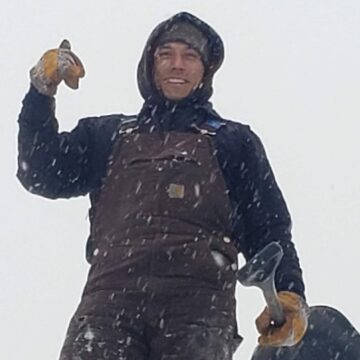 James “Tyler” grew up around the oil and gas industries in Louisiana, where his family had a rice & crop farm. He is a life – long outdoorsman and is passionate about our terrain and cats. After a decade on the road out east, James is setting his roots here in beautiful Olney, MT. 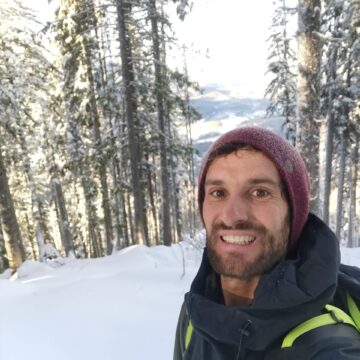 Sebastian is from switzerland and was a trained chef since he was 17 years old. He has always worked in ski resorts in Switzerland or British Colombia and loved to hit the fresh snow before or in – between the kitchen shift. Now he comes to GNPG for his first season as a intern tail guide. Sebastian has a first aid responder and avalanche level one certification. 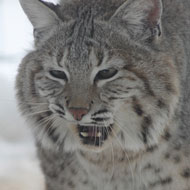 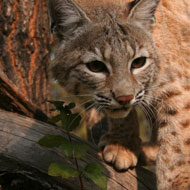 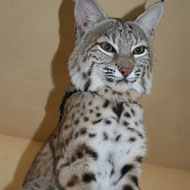 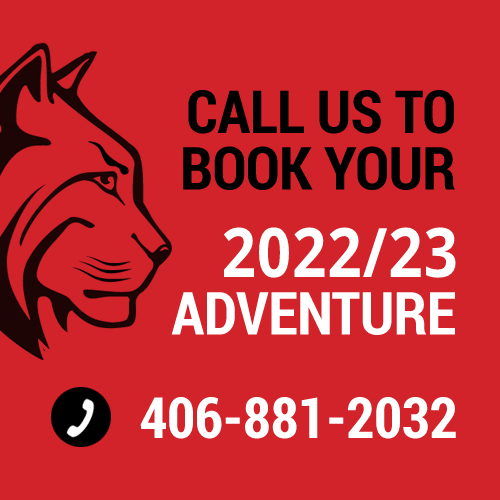